Posted on September 25, 2019 by TahoeRCD Administration

This season marks 11 years of Lake Tahoe’s Watercraft Inspection Program. Under the program, every motorized watercraft is inspected to ensure it is Clean, Drained, and Dry and not carrying aquatic invasive species (AIS) before launching at Tahoe. Thanks to the diligence of boaters and inspectors, no new aquatic invasive species have been detected in Lake Tahoe since the program launched in 2008.

Inspectors examined nearly 8,000 watercraft this season, 50% of them arrived Clean, Drained, and Dry. This is evidence that boaters continue to come to watercraft inspection stations prepared. Eleven watercraft were found carrying invasive mussels and 29 were harboring other species. Vigilance is required to protect Lake Tahoe’s waters from new exposures to invasive species.

Each vessel found harboring invasive species was decontaminated before being allowed to launch in Lake Tahoe. The largest number of decontaminations occur on vessels containing standing water, which
may harbor aquatic invasive species. Boaters are encouraged to continue to be a part of the solution by cleaning, draining, and drying their vessel before launching in any waterbody. This includes both motorized and nonmotorized watercraft.

During winter season operations, Tahoe Resource Conservation District inspectors will conduct aquatic invasive species inspections and decontaminations from 6 a.m. to 4 p.m. seven days a week, weather
permitting at Cave Rock and Lake Forest launch ramps. All motorized watercraft without intact Tahoe Inspection seals will be required to get an inspection during daylight hours.

Keep up with the latest information by following the Lake Tahoe Watercraft Inspection Program on social media through Facebook and Twitter @TahoeBoating or online at
www.tahoeboatinspections.com. You can find useful information on aquatic invasive species, and tips on how to prepare for watercraft inspections. 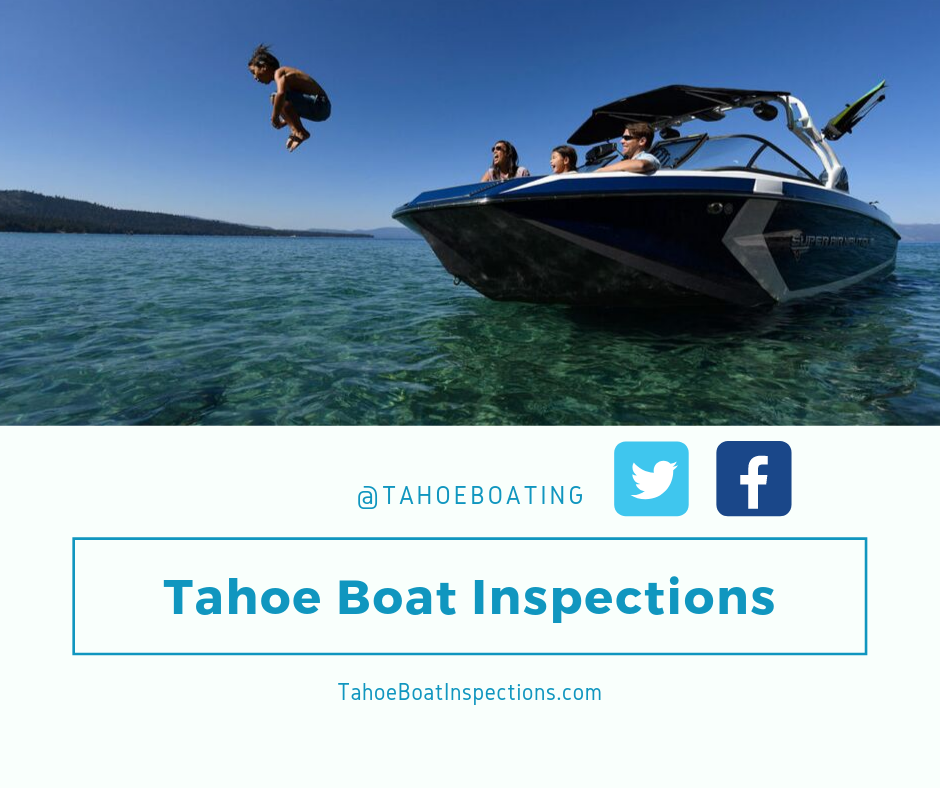 From Common Container to Masterful Mural

Posted on September 20, 2019 by TahoeRCD Administration

What was once a dull gray shipping container has been transformed into a work of art at the watercraft inspection station in Meyers, California. The container houses equipment used to decontaminate boats arriving at the station that might harbor aquatic invasive species.

Now greeting boaters will be a colorful and creative mural painted by local artists and students. At the same time the mural puts the Clean, Drain, and Dry message front and center.

Shipping containers are the utilitarian cargo-carrying crates of the open ocean, hulking large metal boxes that began life transporting goods piggybacked on top of one another, bound for destinations around
the globe.

The Tahoe Regional Planning Agency and the Tahoe Resource Conservation District use a number of these shipping containers at various watercraft inspection stations around Lake Tahoe.

This summer TRPA commissioned South Tahoe High School teacher and artist Matt Kauffmann to transform one of the big gray boxes into a work of art. Kauffman and several of his current and former students spent many hours over the span of four nights to complete the mural project.

Would you like to see this work of art for yourself? It’s located at our boat inspection station in Meyers, located at 2175 Keetak Street off Highway 89 in Meyers, CA.

All off-site boat inspections stations close for the season at the end of September. Winter boat inspections will be performed at the Cave Rock and Lake Forest boat ramps from 6 a.m. until 4 p.m. seven days a week. TahoeBoatInspections.com